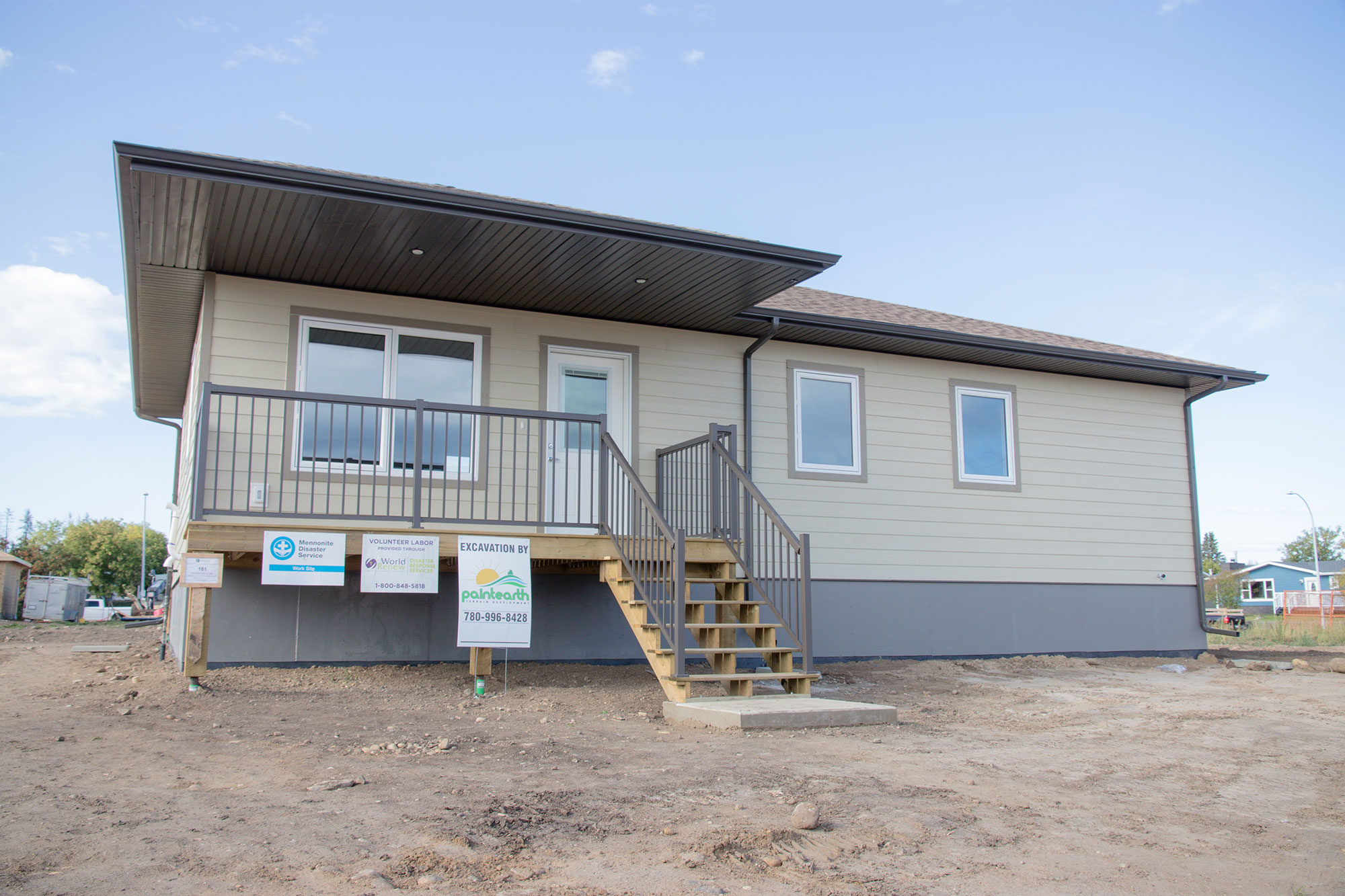 In Fort McMurray, Alberta, the more than $527,500 raised by Canadian Lutherans and others is helping residents as they resettle and rebuild more than a year after wildfires caused widespread devastation in the region.

Canadian Lutheran World Relief (CLWR) is partnering with the Evangelical Lutheran Church in Canada (ELCIC) and Lutheran Church–Canada (LCC) to help meet the physical and psychosocial needs of community members. CLWR is grateful to Rev. Dr. Larry Kochendorfer, Bishop of the Synod of Alberta and the Territories (ABT), and Rev. Dr. Glenn Schaeffer, President of the Alberta-British Columbia District (ABC), for their counsel and guidance as we respond to this life-altering event.

“CLWR appreciates the good collaboration with the ELCIC ABT & LCC ABC in response to this disaster and the very strong support from constituents,” says Robert Granke, CLWR’s Executive Director. “It is gratifying to see the timely and important support offered to the community as they rebuild their lives and look forward to a positive future.”

“I just can’t believe it,” says Brenda*, speaking about the new house she received thanks to the generous donations of Canadians. Built through CLWR’s partnership with Mennonite Disaster Service (MDS), Brenda’s new home is one of three built for people who lost their houses in the fire.

Having lived in Fort McMurray for over 35 years, Brenda is looking forward to making the new house a home and spending time there with her family. She’s grateful for the many Canadians who made her new home possible.

“I would like to thank each and every one of you who have helped me overcome my biggest hurdles and challenges this year,” she says. “It means a lot to me and my family, what you have done. It seems that thank you is not enough, but thank you from the bottom of my heart.”

The three energy-efficient homes were built in Hague, Saskatchewan, by teams of MDS volunteers and transported to Fort McMurray where other groups of volunteers had poured the foundations and basements. MDS is a volunteer network of Anabaptist churches that responds in Christian love to those affected by disasters in Canada and the United States. CLWR had previously partnered with MDS to respond to the flooding in High River, Alberta, in 2013. 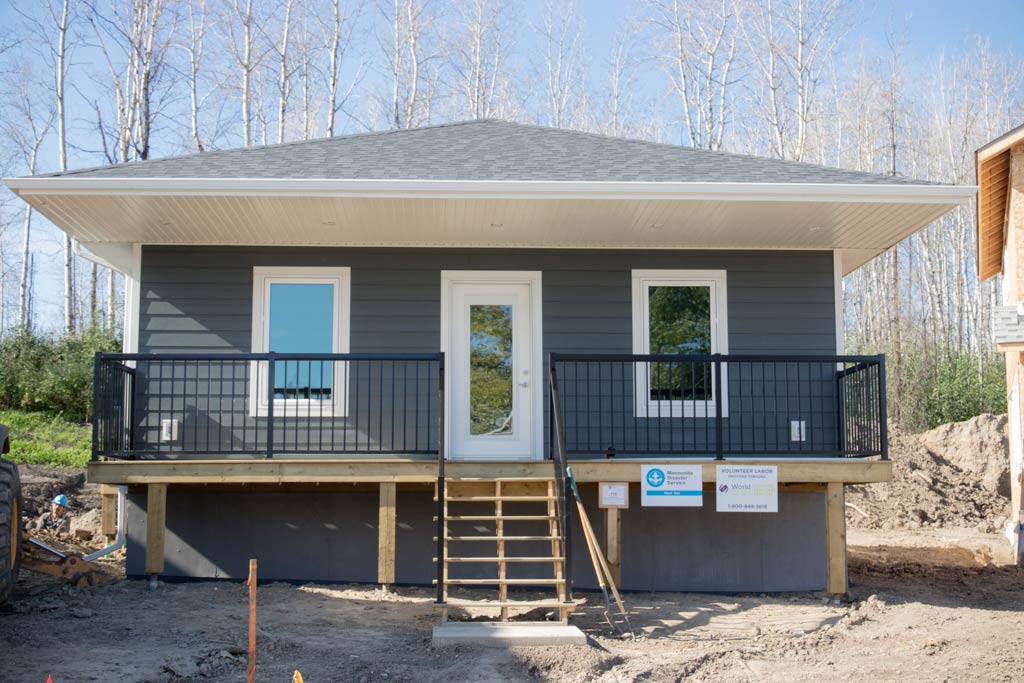 For Sarah*, who lost everything in the fire, this new house means she can return home to Fort McMurray, where she’s lived for 30 years. “It’s really awesome—I didn’t expect this,” she says. “This is really a godsend for me.” Sarah’s looking forward to settling into her new home before winter and is already planning her garden for spring.

MDS works with clients to help make the houses feel like home by offering opportunities for customization in areas such as flooring, cabinets, colour schemes and appliances. Each of the homes took approximately 40-50 volunteers three months to build.

The wide network of people who made Lorraine’s* new home a reality is something she’ll think about for years to come. “I’m sure nobody realizes how all those little bits of love add up to something meaningful,” she says. “It took a lot of people to get this together. This house will remind me of that every single day.”

There is much Lorraine, who has lived in Fort McMurray for close to 40 years, is excited about when she thinks about her new home—from sitting on the deck to getting the kitchen up and running to stocking the pantry. “It’s a wonderful place,” she says. “It’s a wonderful home.”

Through a partnership with Waypoints, CLWR is helping address the psychosocial—emotional and mental health—needs of those affected by the fires. Waypoints is a social for-profit organization that has been working to end domestic violence, sexual assault, abuse and homelessness in the Wood Buffalo region since 1982.

CLWR has provided a two-year grant to Waypoints to expand the reach of their domestic violence services in Fort McMurray and the surrounding rural communities. The funding has resulted in increased visits to the rural communities, raising awareness about the services Waypoints offers. Increased staffing along with more visits to the surrounding communities has provided both adults and children with access to counselling in the community as travel to Fort McMurray is not always possible.

Waypoints’ domestic violence services include an emergency women and children’s shelter, second stage housing and community outreach, such as support groups, risk assessments, education and training, and more. Additionally, the Opportunities for Change Centre offers court-mandated and self-referred group programming for those whose actions contribute to domestic violence. 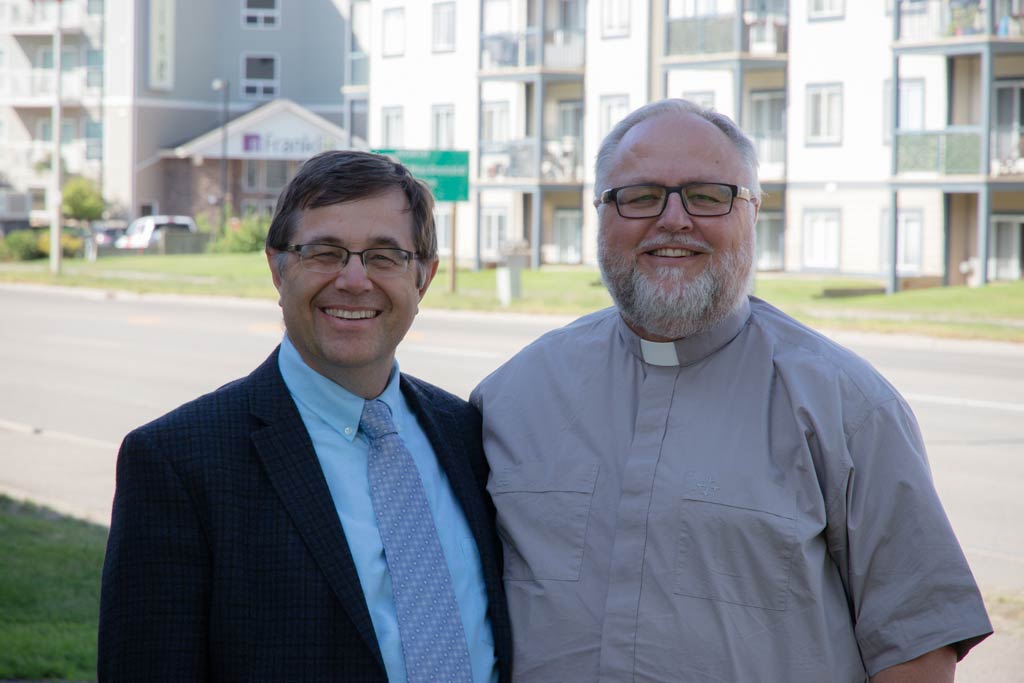 “I have been very pleased with the partnership between CLWR, LCC and the ELCIC. With regular conversation almost daily immediately following the fire, two journeys to Fort McMurray together, and ongoing review and decision making related to project applications, I believe we are providing for needs within the community and surrounding area and are using the emergency funds received wisely.

“Immediately following the fire, many provided care, support or opened their homes to those from the community. Now, through CLWR, LCC and ELCIC, in partnership with Mennonite Disaster Service, homes are being built for those in need.

“With the rise in domestic violence following the fire, I am pleased that CLWR, through a partnership with Waypoints, is able to provide funding support for additional counseling support and care within the community and in the surrounding areas. Care of the psychosocial needs may often be overlooked when the primary focus is on basic housing needs.”

–Rev. Dr. Larry Kochendorfer, Bishop of the Synod of Alberta and the Territories

“It’s now been more than a year ago that the lives of people in Fort McMurray were devastated by the fire. But the ongoing trauma of that fire is still felt today. I thank God for the generous financial response of Lutherans in Canada and the United States. The money they donated continues to be used to help people rebuild their lives and address real needs.” 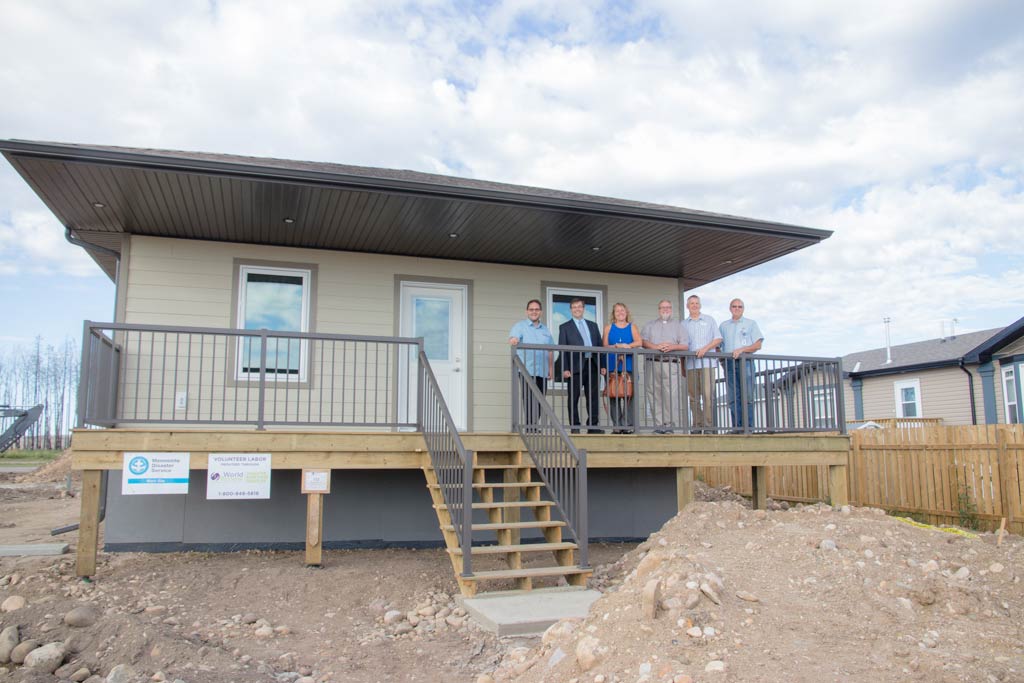 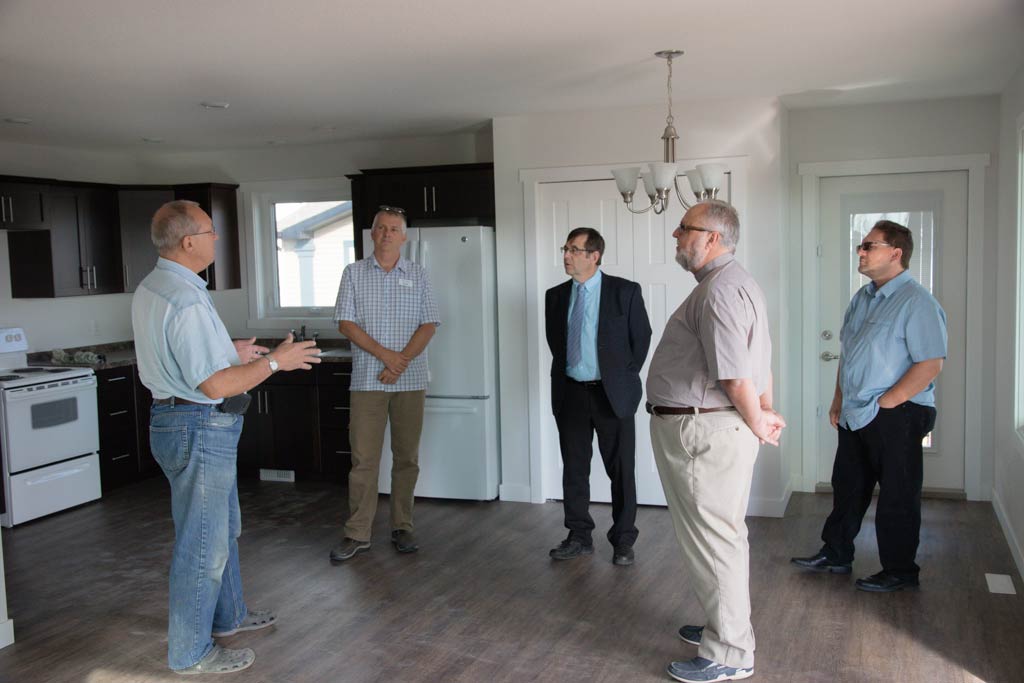 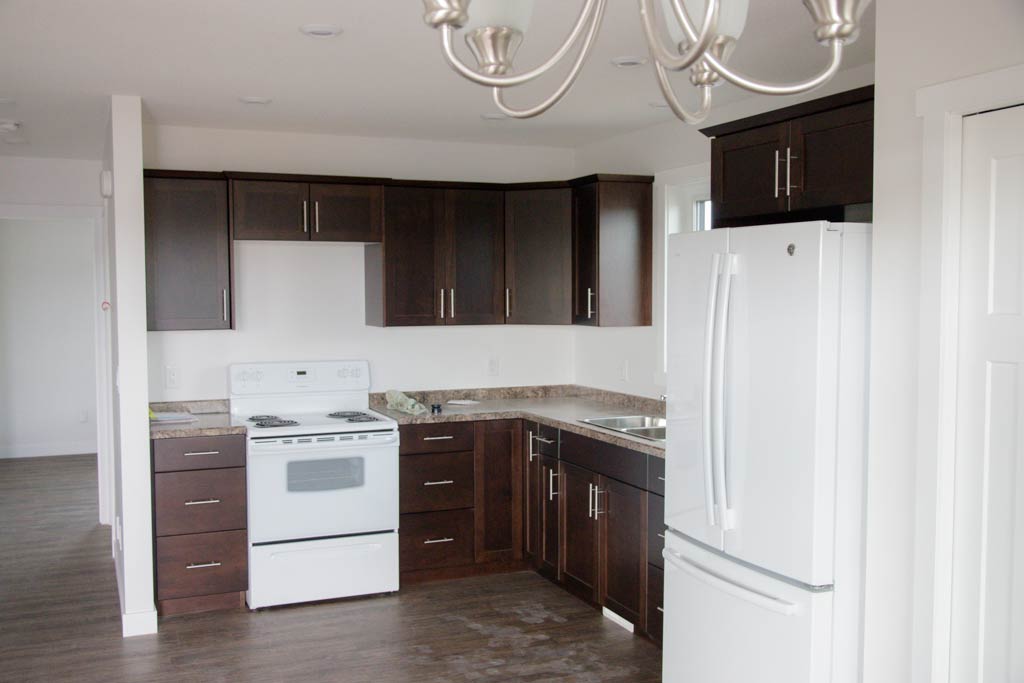 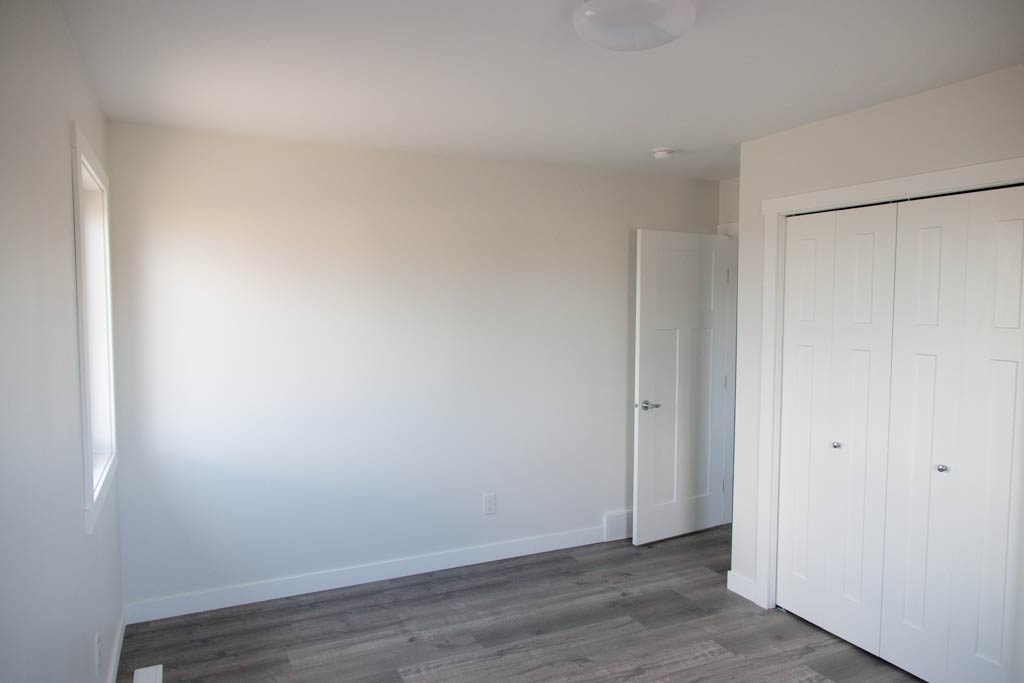 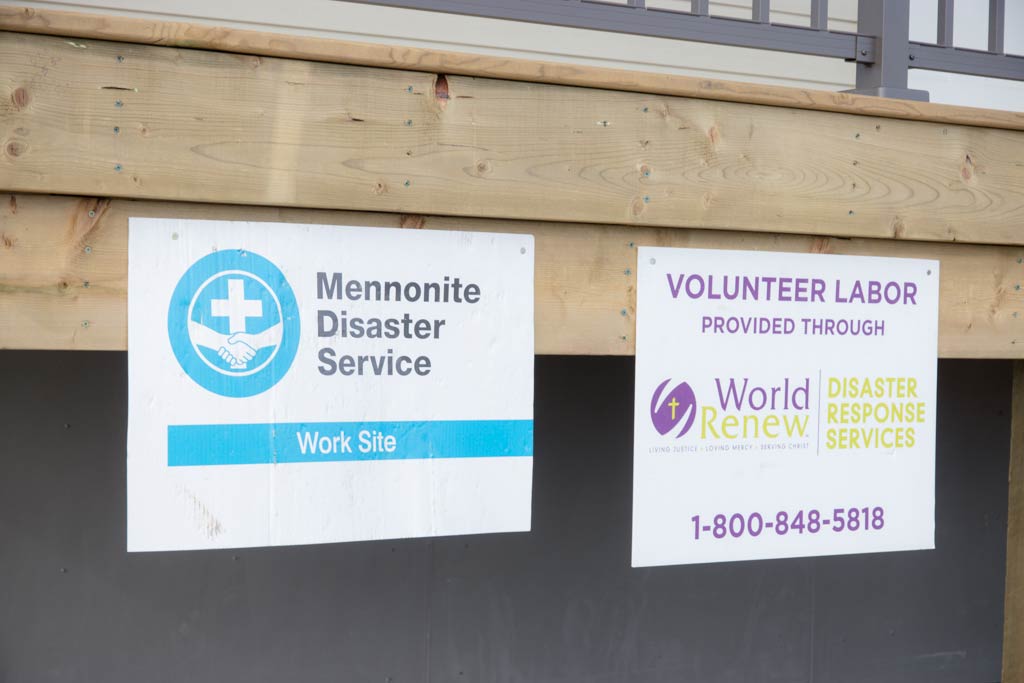