Twenty-three-year-old Hala Jumhour had a passion for cooking since she was a child. Growing up in Beit Anan village in Northwest Jerusalem, she was keen to always help her mother in the kitchen and learn new recipes. When Hala was only twelve, her brother was imprisoned and attending to him as well as taking care of the household put great strain on her mother, so Hala decided to take over the cooking duties. She recalled, “It was the first day of visitation and my mother was very busy. That day, I cooked a whole meal from scratch for the entire family. After that, everyone wanted me to cook all the time.” From that point on, Hala’s passion for cooking only grew; when she had to study for school exams, she’d procrastinate by spending time in the kitchen!

Even as she graduated from school and enrolled in Healthcare Management at the Al-Quds Open University, her interest in the culinary arts never waned, but it was not a passion she or her family had the resources to indulge in. “Once I saw the advertisement to join a 1-year diploma in cooking at the Episcopal Vocational Training Center, I was ecstatic! The idea of obtaining a scholarship to join the course was key for my enrolment. I could have never afforded this course on my own due to my family’s difficult financial situation. Since tuition fees were waived, I had no excuse. I had to join!”

The course, supported through CLWR's GRIT (Gender-Responsive and Inclusive Technical and Vocational Education and Training) program, provided Hala the opportunity to develop both her skills as well as her confidence. “I can’t begin to describe how this 1-year program has helped me to explore my potential, learn about new cultures through cooking, and engage with the Palestinian labor market. Once I realized this course offers apprenticeships in a real working place, I was even more excited to practice what I learned and really prove myself,” she said. 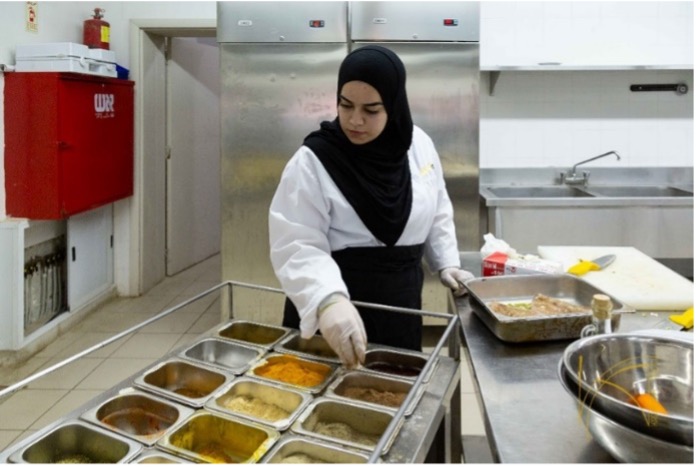 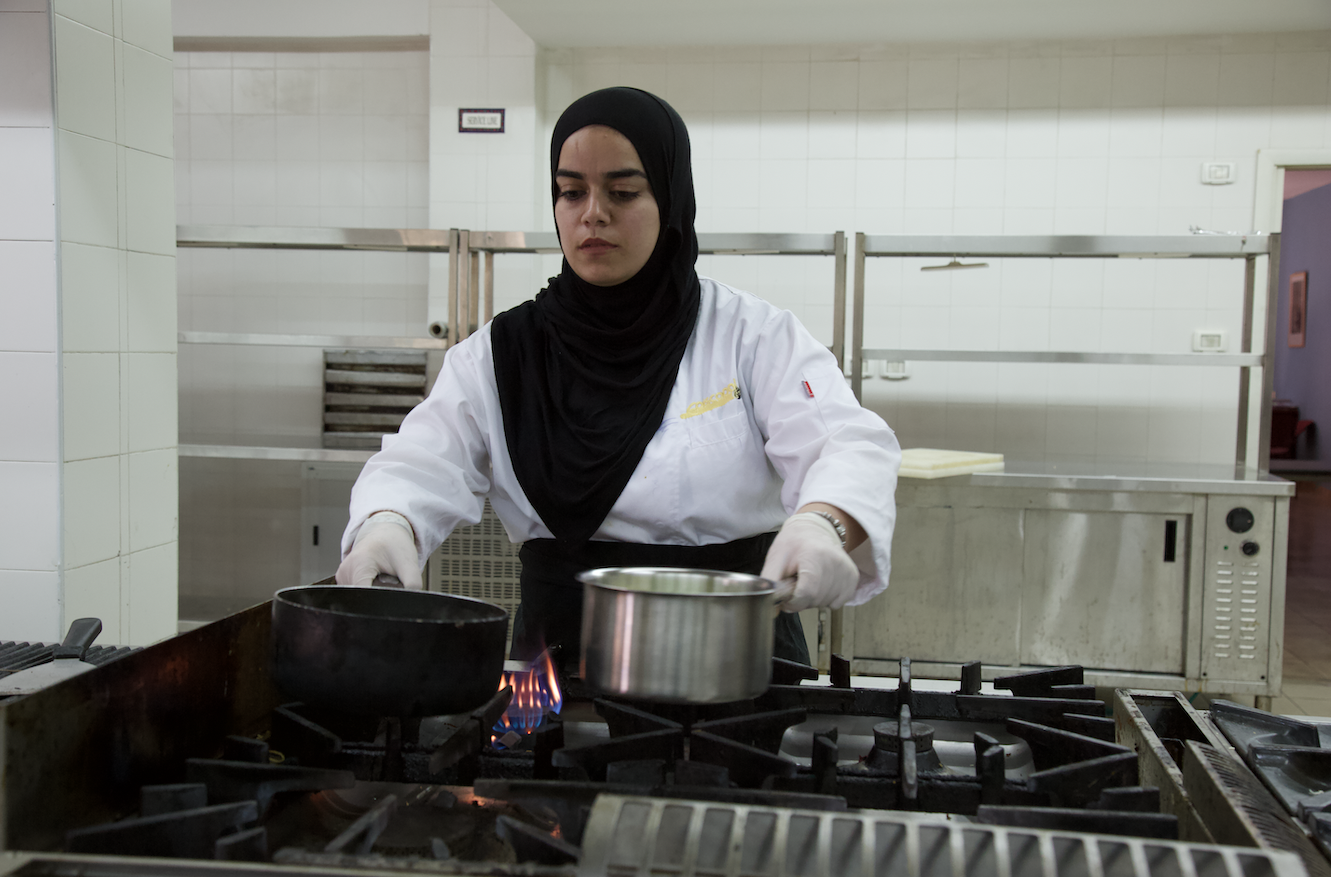 At the end of the year, Hala was not only selected as valedictorian of the graduating class but also signed a contract with the restaurant where she trained during her apprenticeship. She will work there full-time as a prep chef and has been promised a promotion to junior chef in the near future. One of Hala’s biggest challenges has been in proving herself in a male-dominated profession, and it has only made her more determined. She said, “I was intimidated by my male-colleagues but then I decided to work harder. I was driven by my growing self-confidence, the support provided by my chefs and tutors and essentially, by my dreams to support and help my family.” 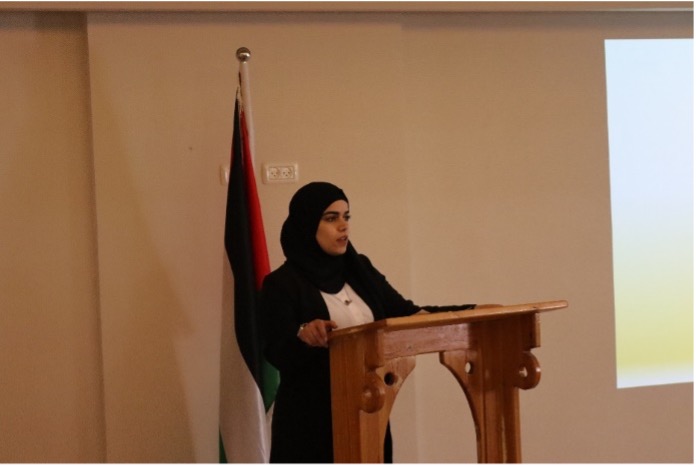 The GRIT project is funded by the Government of Canada and is implemented by Lutheran World Federation Jerusalem, in partnership with Canadian Lutheran World Relief. Additional funding is provided by the Manitoba Council for International Cooperation.