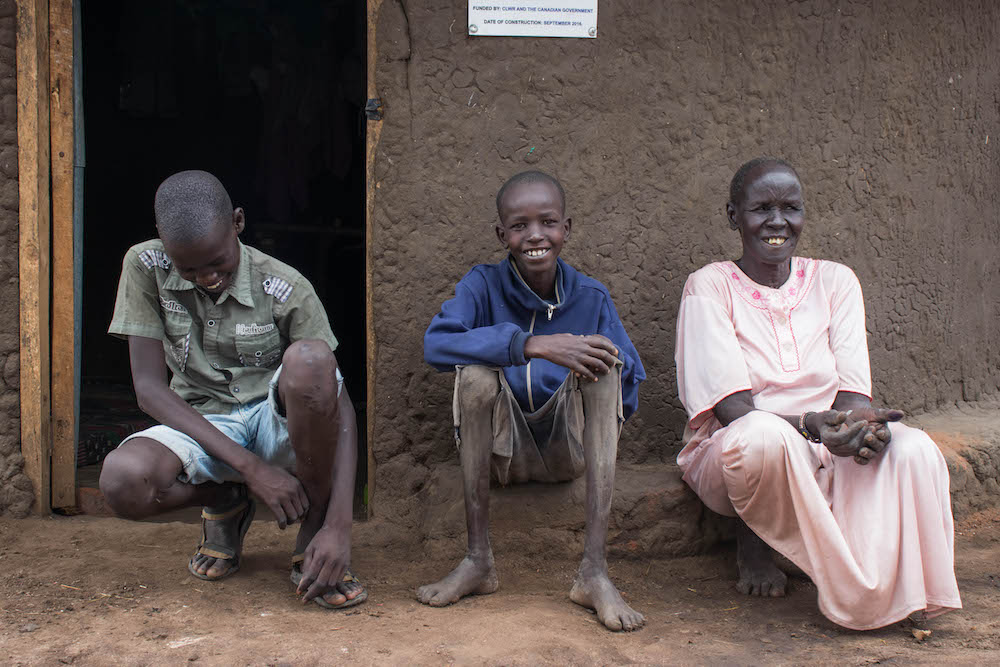 Shelters provide a sense of normalcy for refugees

It took 12 days for Malang Arok Akol to travel from her home in Jonglei state, South Sudan to Adjumani, Uganda. When she arrived earlier this year, she reconnected with family members who had previously sought refuge in Uganda. Now, the grandmother of 12 lives with her grandchildren on the 30 x 30 metre plot that the Ugandan government provides for refugees.

Three tukuls—round houses—stand on the family’s homestead, two of which were built with support from CLWR in partnership with Lutheran World Federation Uganda. The tukuls are deeply appreciated by the family. When some of the children first arrived in 2014, they spent a week and a half sleeping outside under the trees.

“Life was terrible—it was not good, because when we were under the trees, there was nowhere to stay in when it rains,” says 12-year-old Ajok Akoi. “Now we have shelter; our lives have changed. Now we don’t get rained on and life is normal.”

Shelter is a primary concern for many South Sudanese refugees in Uganda, particularly for those who are unable to construct their own homes for a variety of reasons. With support from Canadians and funding from the Government of Canada, CLWR has been providing housing for people with specific needs, such as child- or elder-headed households, among others, since 2015.

The tukuls are built by refugee youth and youth from towns surrounding refugee settlements. CLWR supports construction training for the youth to equip them with employable skills while also meeting needs in the refugee settlements and their communities. Over a period of five days, they gain the skills and knowledge required to build or repair tukuls and latrines.

A tukul is 4 metres in diameter, has walls that are 1.8 metres high and is completed with a thatched grass roof, explains Joseph Anyama, a construction group leader who works with Lutheran World Federation Uganda. The whole process takes five days and families are often watching and waiting with excitement during the construction period.

“When a person with specific needs has a shelter, it lifts you up,” says Anyama. “You feel very joyful. It makes you happy and inspires you to work harder.”

Nine-year-old Bol Ajok is grateful for the tukul that CLWR constructed for his family. His family lives with four other families on the 30 x 30 metre plot. Ajok was one of 15 people who slept in one tukul, which also provided storage for food rations and other items. The construction of a second tukul, in which seven people live, and a latrine has improved the quality of life for everyone who lives on the homestead.

“Before we used to keep bags of rations and other items in the house—it was uncomfortable,” says Bol Ajok. “Now we are comfortable because we have houses with good space.”

Ajok’s step-sister, Ajok Bol Anei, cares for him and nine other children, ranging from two to 14 years old, some of whom have been separated from their families. She also arranged for her sister, who lived alone in another refugee settlement, to join her.

“What we hope is just to live,” says Bol Anei. “If we have food and school fees for the children, or if the hut is damaged that it can be repaired.”

There is a small garden plot on the homestead, where Bol Anei grows maize and okra as a supplement to the food rations they receive. In the future, she’d like to start a small retail shop to earn income as she currently doesn’t have a way of supporting those she cares for aside from the assistance she receives.

To support families like those of Ajok Bol Anei and Malang Arok Akol, CLWR also provides essential items such as mattresses, sleeping mats, cups and plates, utensils and soap. Many South Sudanese refugees arrive in Uganda with very little and the provision of these necessities helps make life a little easier.

“If we were not given these things, we would have no other option,” says Arok Akol. “Thank you [Canadians] because you have given us shelters, mattresses—you have done your part for the children.” 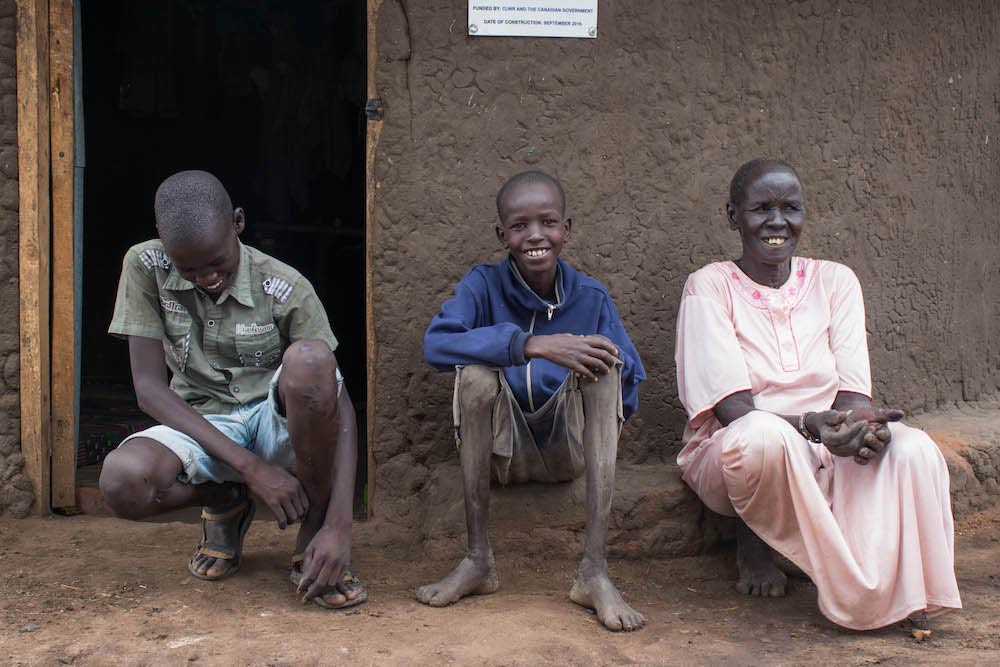 Malang Arok Akol (right) sits with two of her twelve grandchildren, Garang Deng (left) and Ajok Akoi, in front of one of two shelters CLWR built on their homestead. 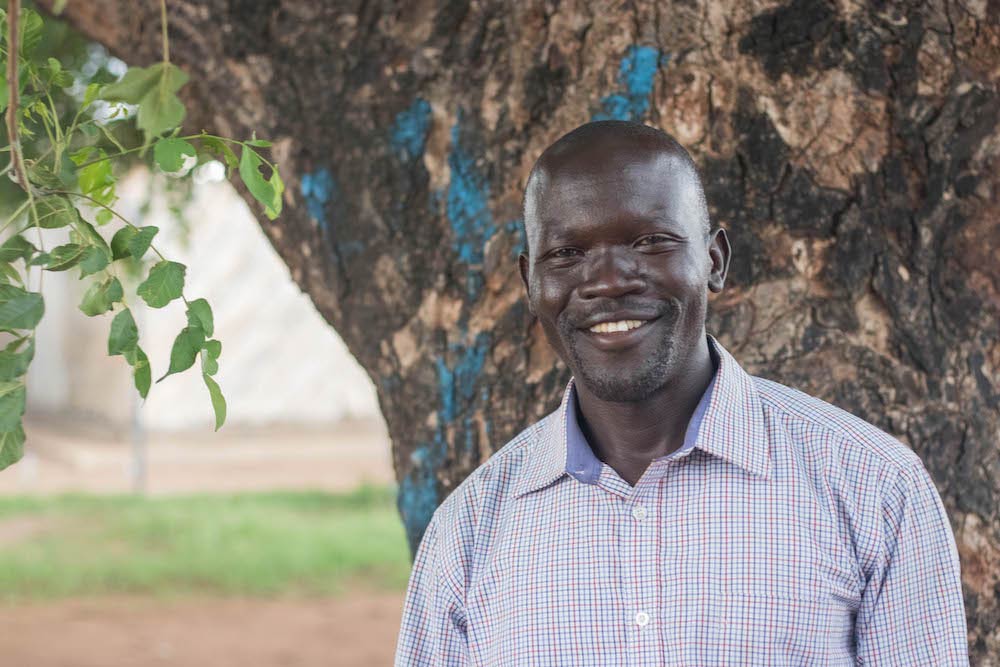 Joseph Anyama, who works with Lutheran World Federation Uganda, is the leader of a construction group that builds houses and latrines for refugees. 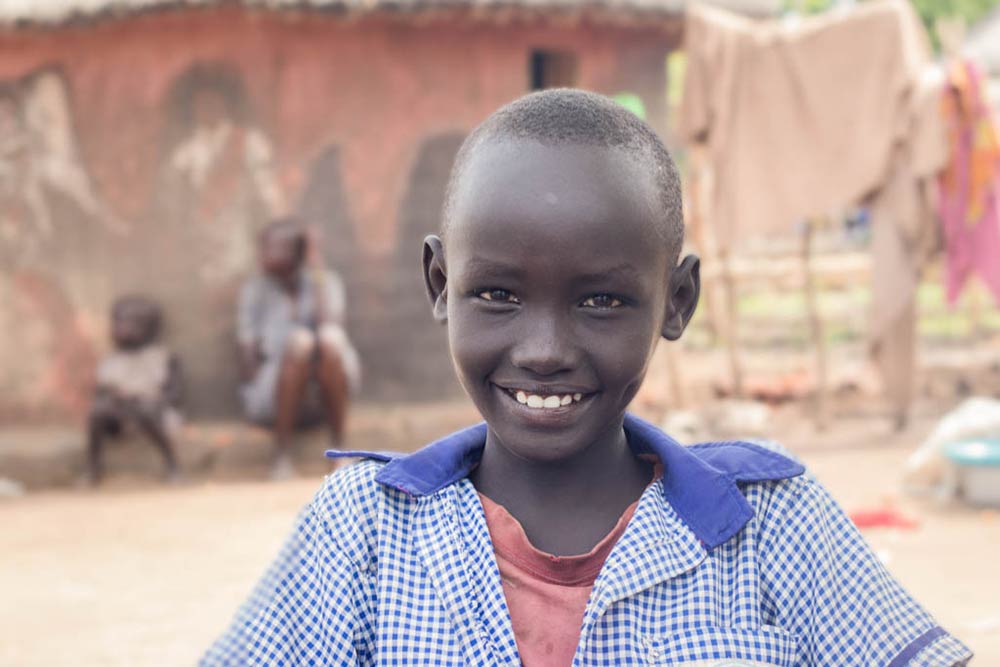 Nine-year-old Bol Ajok is grateful for the two tukuls—round houses—that CLWR constructed for his family. "Before we used to keep bags of rations and other items in the house—it was uncomfortable," he says. "Now we are comfortable because we have houses with good space." 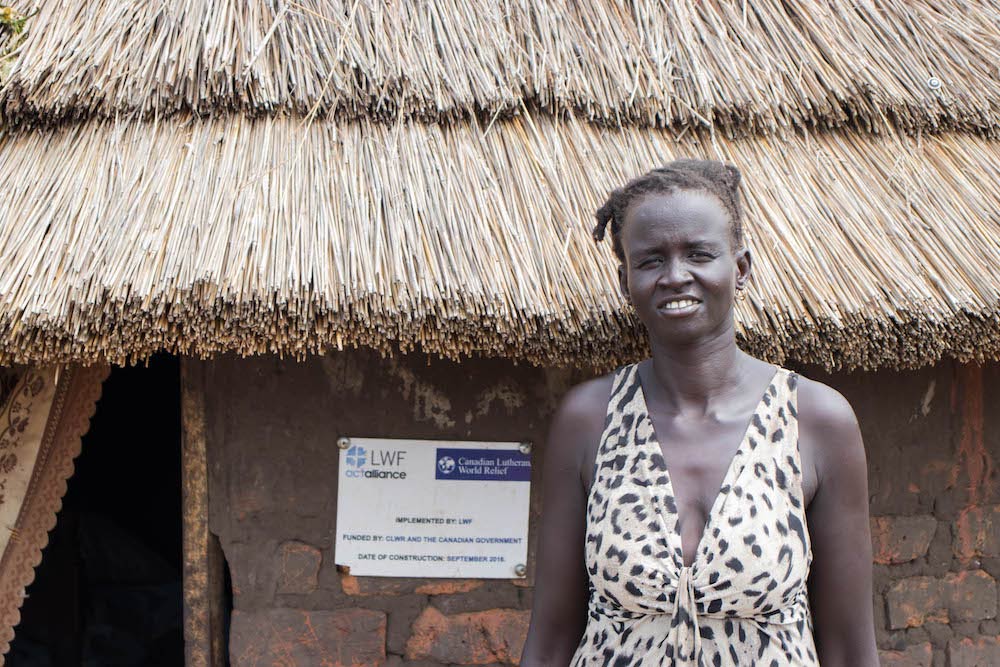 Ajok Bol Anei stands in front of the house that CLWR constructed for her family.