Our history with refugees

Canadian Lutheran World Relief (CLWR) has always been concerned with the plight of uprooted people; in fact, responding to the needs of refugees was its founding purpose. In March of 1946, representatives from North American Lutheran churches gathered in Ottawa to discuss a pressing challenge of the time: providing support for the millions of Europeans displaced by the Second World War. The outcome was the creation of CLWR to serve as an avenue through which Canadian Lutherans could extend a hand of welcome to loved ones and strangers an ocean away.

CLWR quickly partnered with Catholic, Mennonite and Baptist church agencies to form the Canadian Christian Council for the Resettlement of Refugees (CCCRR) to assist refugees from Germany and Austria in coming to Canada. Strangers to the land, but not to its people, the first arrivals joined relatives already living in Canada, who sponsored them and paid for the costly voyage. Soon, CCCRR’s mandate was expanded to include refugees who did not have relatives in Canada.

By the end of 1949, 30,000 ethnic Germans came to Canada as refugees and displaced persons, 206 of whom had no relatives in Canada. The latter were sponsored by CLWR and given employment in farming or service sectors; by 1960, CLWR had provided $3.2 million in transportation loans and employment assistance to 20,000 refugees and nationals from Germany and Austria. 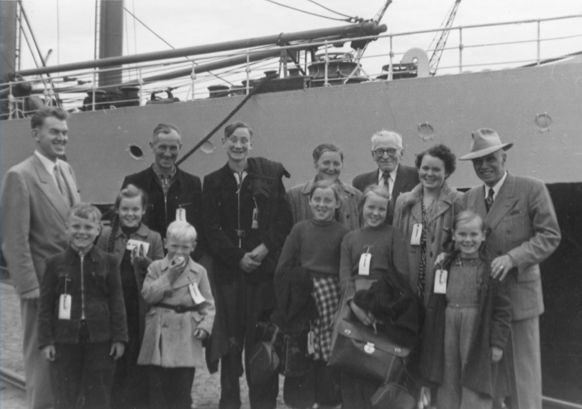 Immigrants destined for the West, March 1953 (Photo: Clifton Monk). Many of the first newcomers sponsored through CLWR arrived onboard the Beaverbrae, a former German military maintenance vessel which was ceded to the allies and came under the ownership of Canadian Pacific after the Second World War. With a passenger capacity of 753, the ship made 52 trans-Atlantic voyages between 1948 and 1954. Many of its passengers settled in the Kitchener- Waterloo area, known for its long-established German heritage.

As global dynamics shifted, so did the activities of CLWR. Cold War tensions brought 20,000 refugees from Romania, Russia, Poland, Hungary and Czechoslovakia to Canada. The landscape continued to evolve in the late 1940s, as the partition of Palestine into Jewish and Arab states, the independence of India from Pakistan, and civil conflict in China triggered a flood of millions of people into neighbouring countries.

In response, CLWR expanded the geographic focus of its commitment to refugees, by 1960 having provided 7 million pounds of material resources—valued at over $3 million—to burgeoning numbers of displaced people in Germany, Austria, Jordan and Hong Kong.

As the wave of African countries declaring independence from colonial powers continued into the 1970s, the Lutheran World Federation—a primary partner of CLWR even today—expanded its operations in the continent and began to carry out its work there in conjunction with CLWR and other agencies. Before long, CLWR-sponsored refugees included Africans. 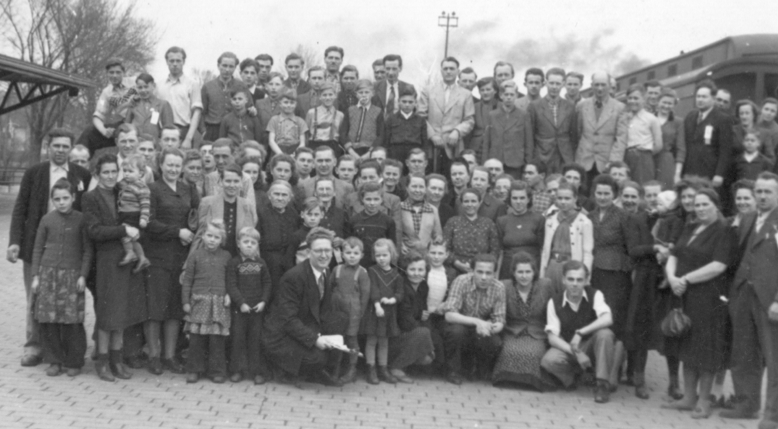 First Lutheran in Calgary welcomes 18 members of a Sudanese extended family from a refugee camp in Ethiopia, September 2010

In the late 1970s, refugees fleeing violence in Vietnam and Cambodia, including those popularly known as the “boat people,” began to arrive in Canada. Their arrival corresponded with the Government of Canada’s 1976 Immigration Act and inspired the subsequent creation of the Private Sponsorship of Refugees (PSR) Program.

In 1979, CLWR signed a formal agreement with the Federal Government to become a Sponsorship Agreement Holder (SAH). The formalization of this relationship enabled CLWR to manage sponsorships of refugees in excess of those included in the government’s annual quota. In this process, CLWR works closely with congregations and local groups, who provide emotional and financial support to refugees and refugee families during their first year in Canada.

The end of the Cold War relaxed global tensions between East and West, but did not ameliorate the plight of the refugee. The breakup of Yugoslavia and ensuing ethnic violence in the Balkans created new refugee flows from Albania, Bosnia and Herzegovina, Croatia, and Serbia.

CLWR responded to demands for sponsorship from this and other regions; during 1999/2000, the war in Kosovo incited Lutheran congregations in Canada to sponsor nearly 100 Kosovars. Changes came on an agency level in 1991 when CLWR—headquartered in Winnipeg—opened offices in Toronto and Vancouver dedicated specifically to refugee work.

As the world’s attention turned to the genocide in Rwanda in 1994, CLWR-sponsored refugees began to arrive in Canada from that country and neighbouring Uganda, along with those fleeing conflict in Ethiopia, Eritrea, Somalia, and Sudan. Displaced people from Afghanistan, Iraq and other regions in Africa, Central America and Asia were also welcomed by congregations.

First Lutheran in Calgary welcomes 18 members of a Sudanese extended family from a refugee camp in Ethiopia, September 2010

The Present—75 Years and Beyond

In 2009, CLWR was officially recognized by the Government of Canada for thirty years of sponsorship through the PSR program. The same year, refugees from Afghanistan, Congo, Eritrea, Ethiopia, Iraq, Rwanda, Somalia, and Sudan were able to start new lives in Canada through CLWR sponsorship. The year 2011 marked CLWR’s 65th anniversary. Among the arrivals that year were persecuted ethnic Karens from Burma (Myanmar) via refugee camps in Thailand.

Today, CLWR’s long-standing tradition of caring for displaced people continues both locally and nationally through support for sponsoring congregations and community coalitions and active involvement with national organizations such as the Canadian Council for Refugees and a newly formed association of Sponsorship Agreement Holders. Now, as in 1946, CLWR encourages the Canadian Lutheran community to engage in the important ministry of Welcoming the Stranger through the private sponsorship of refugees.

← Back to the main Refugee Resettlement page